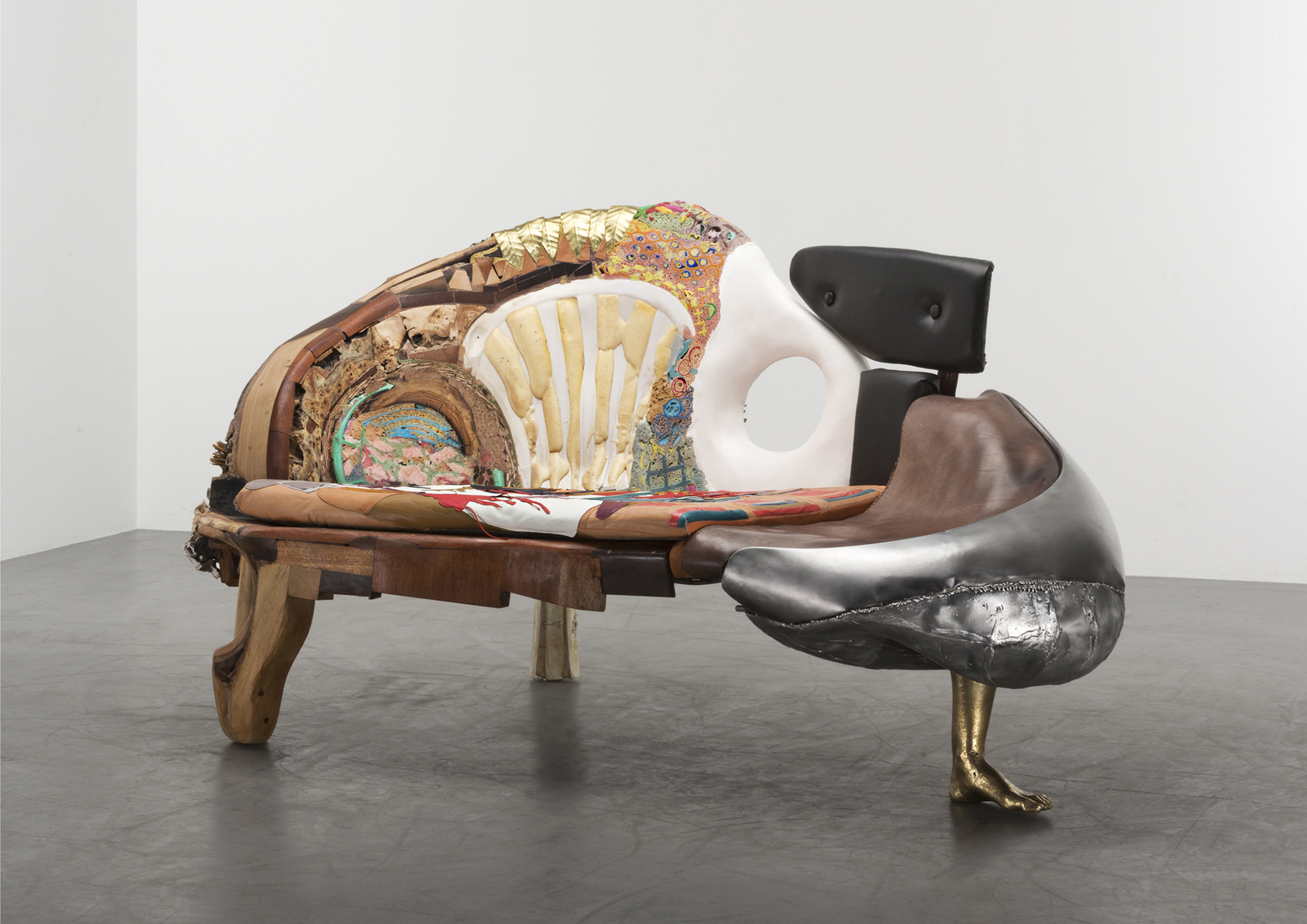 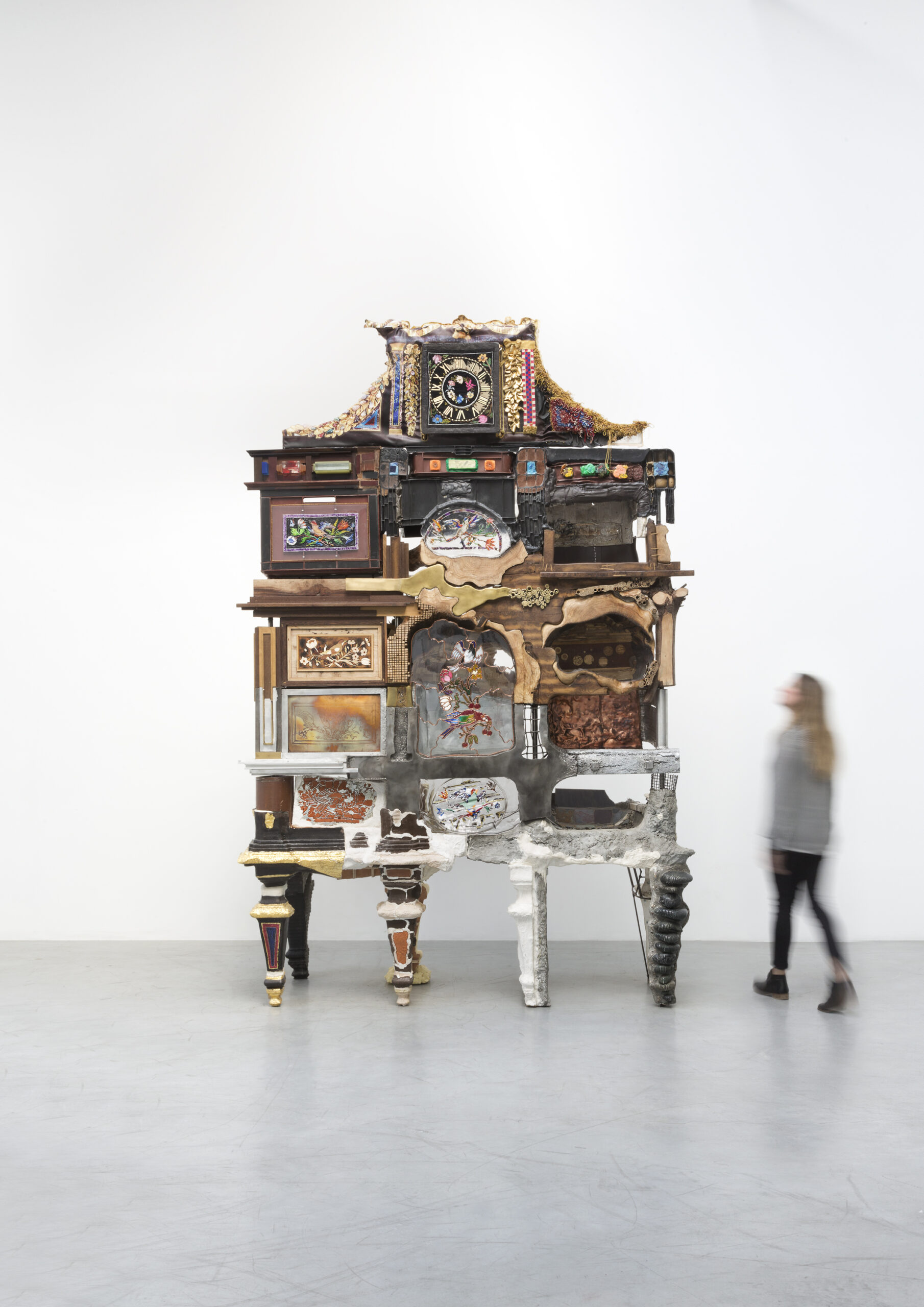 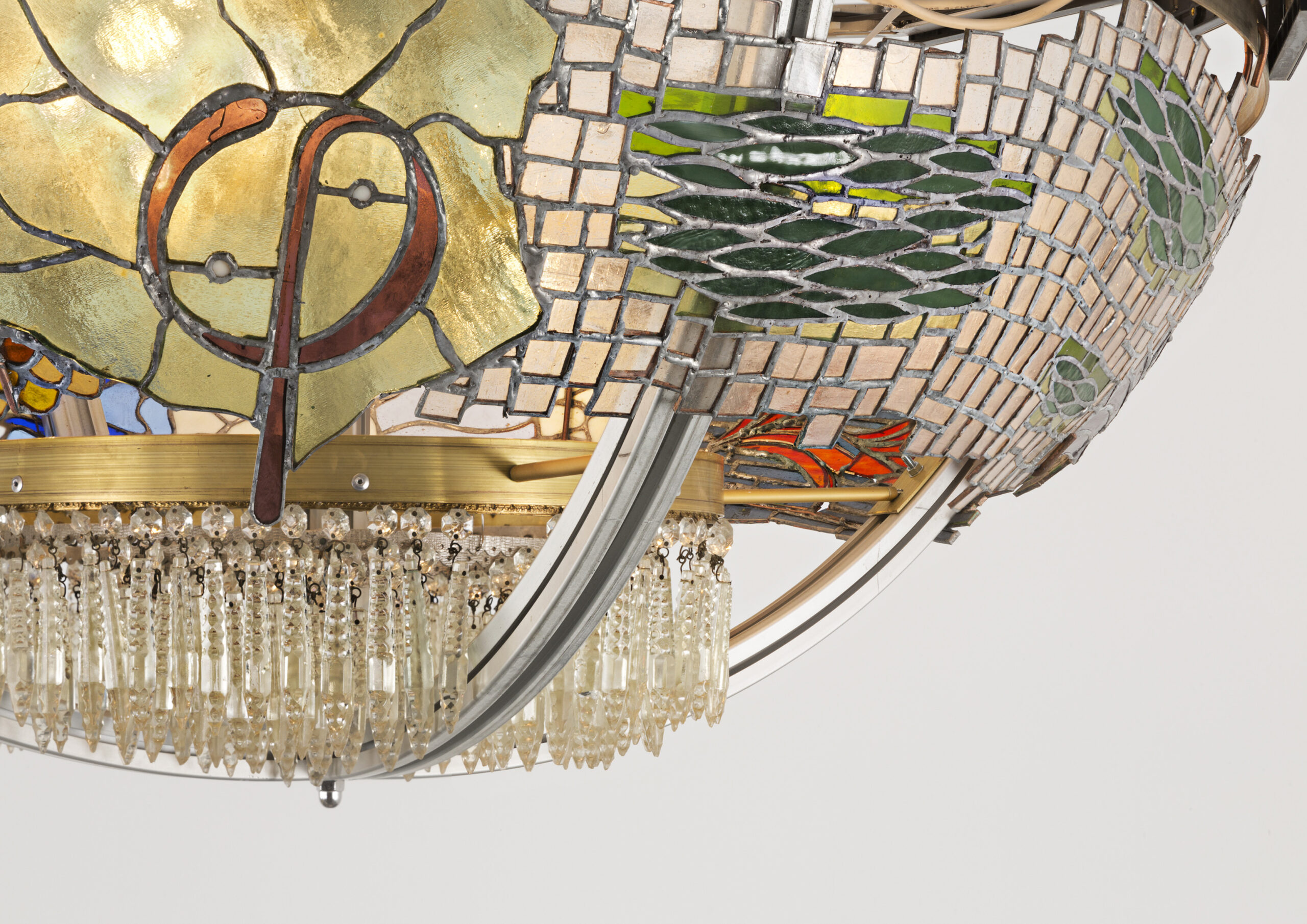 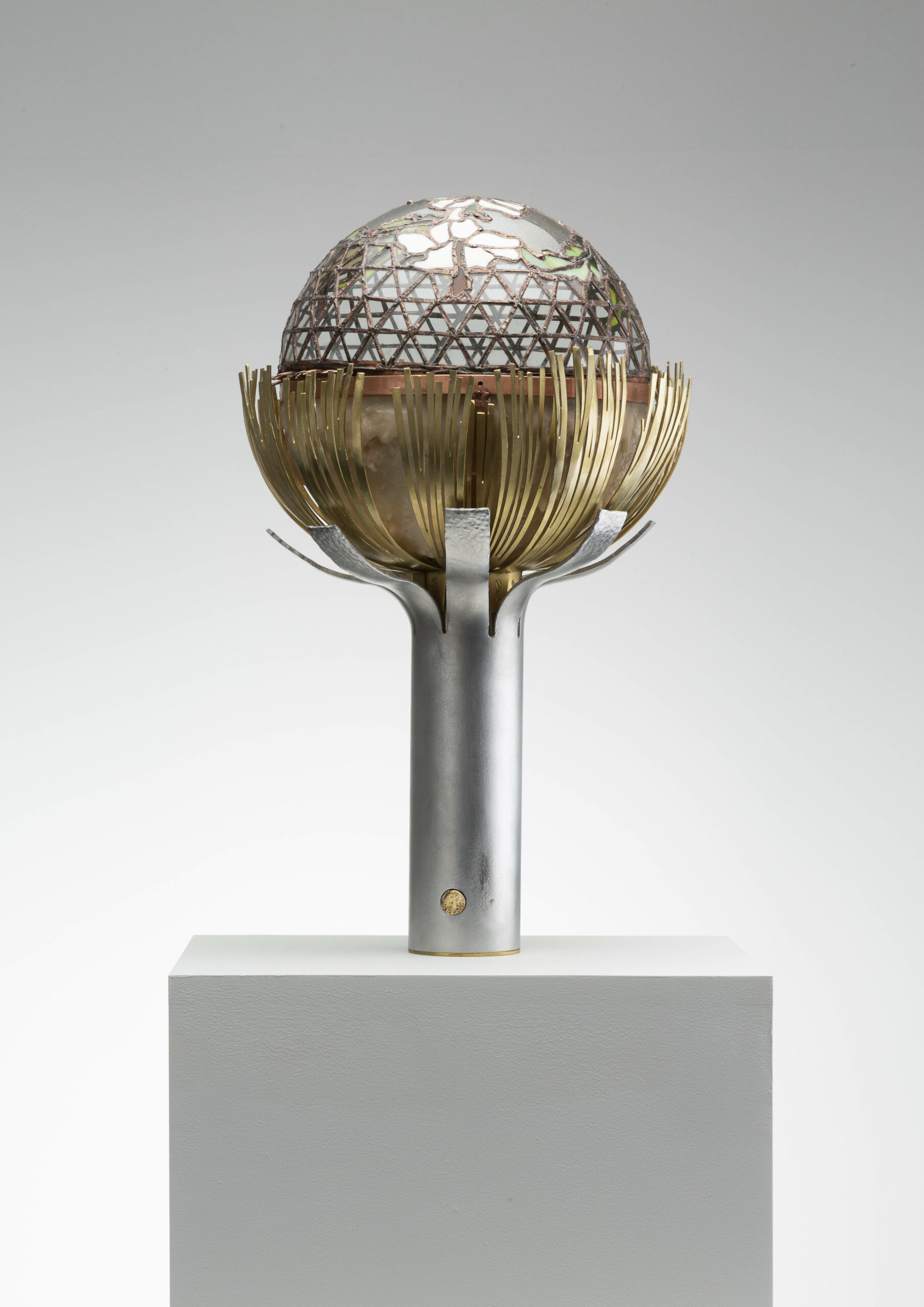 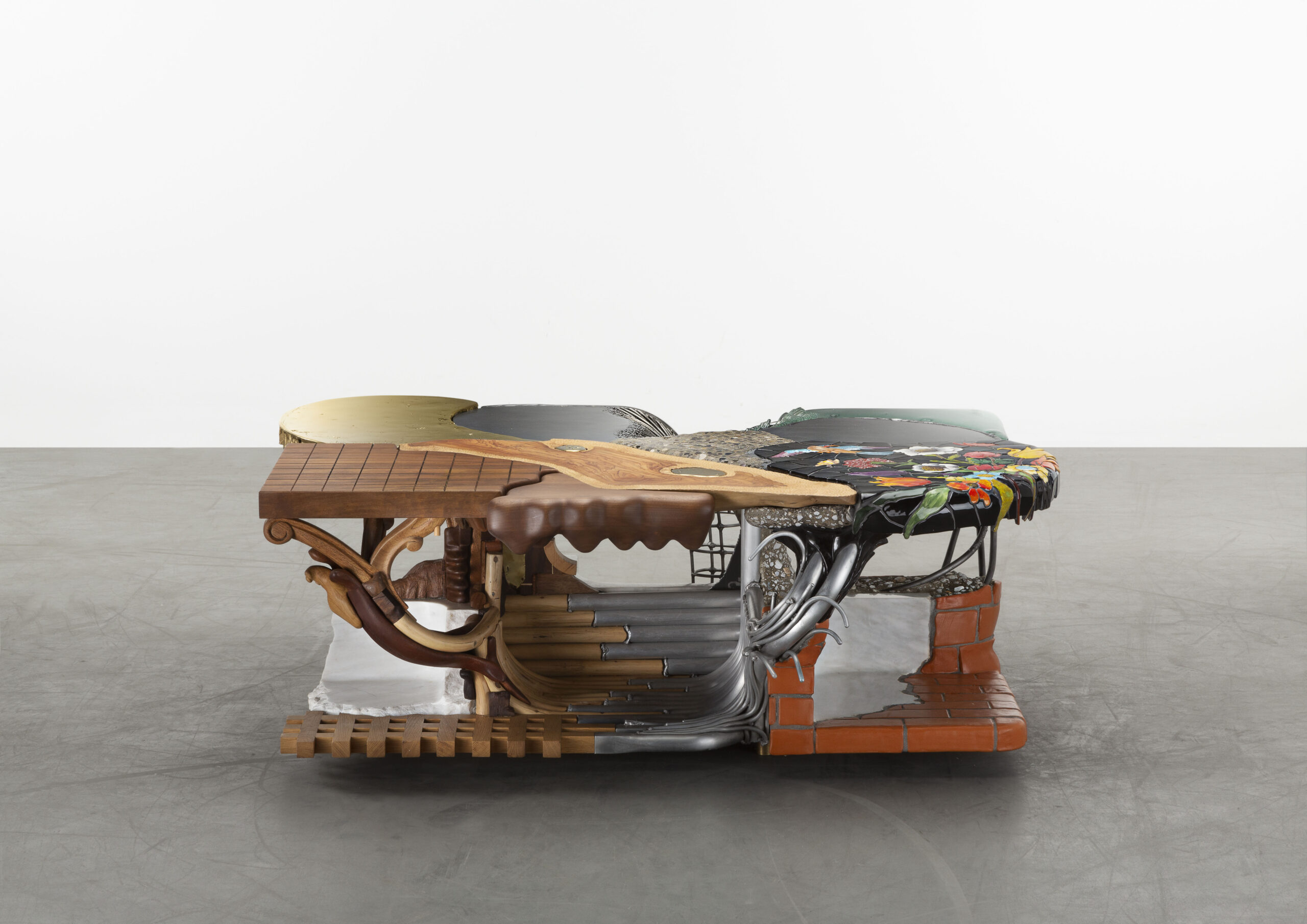 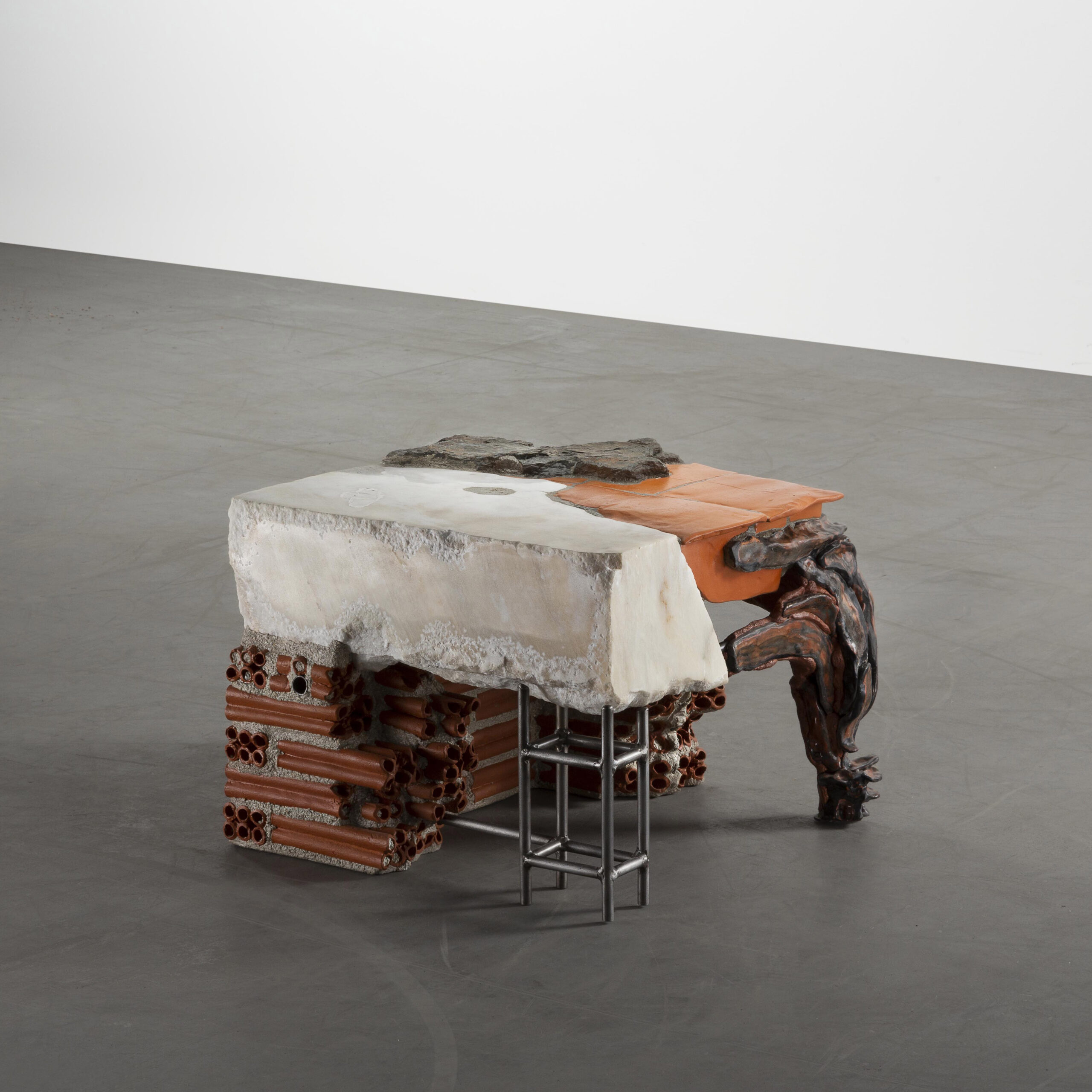 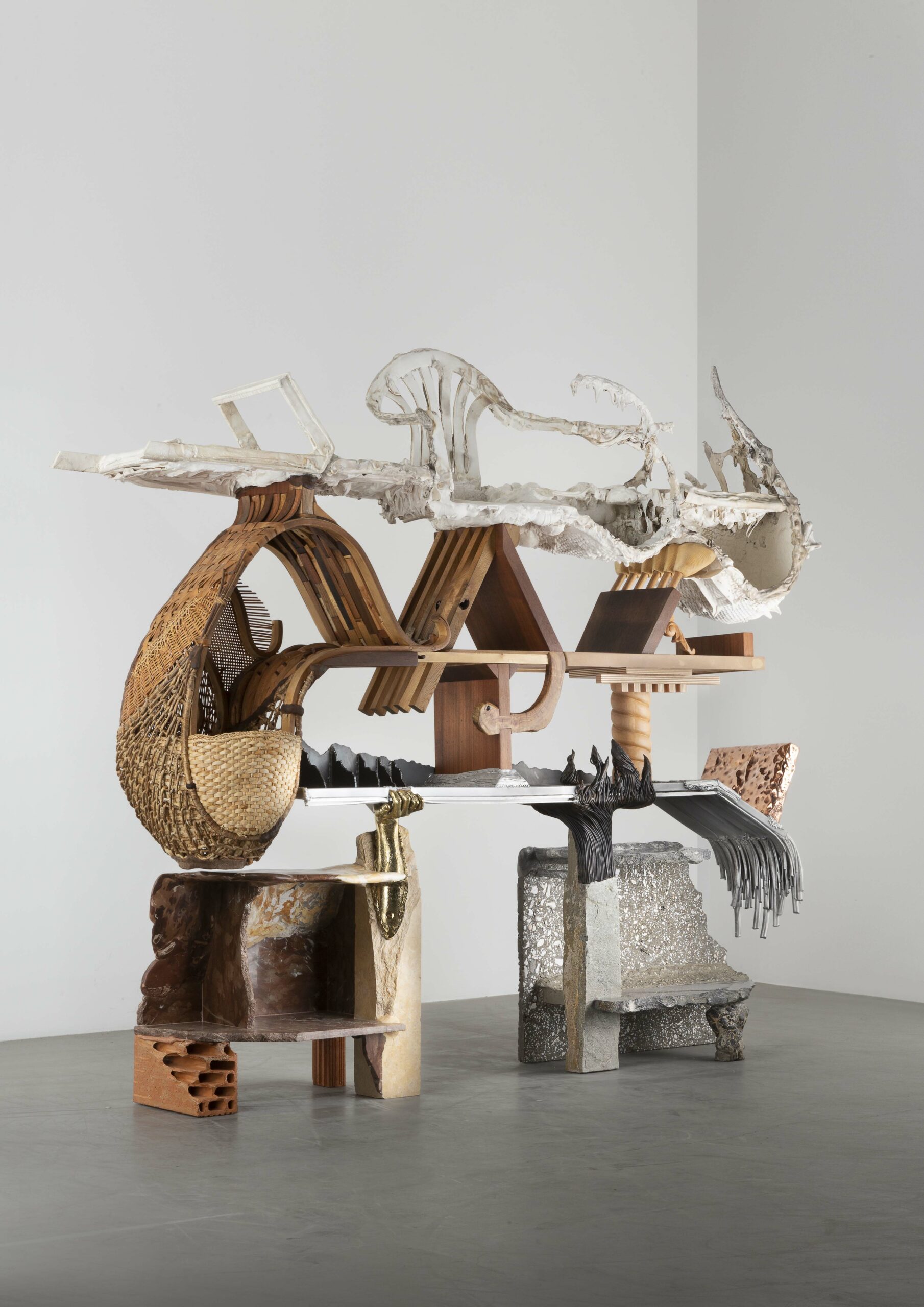 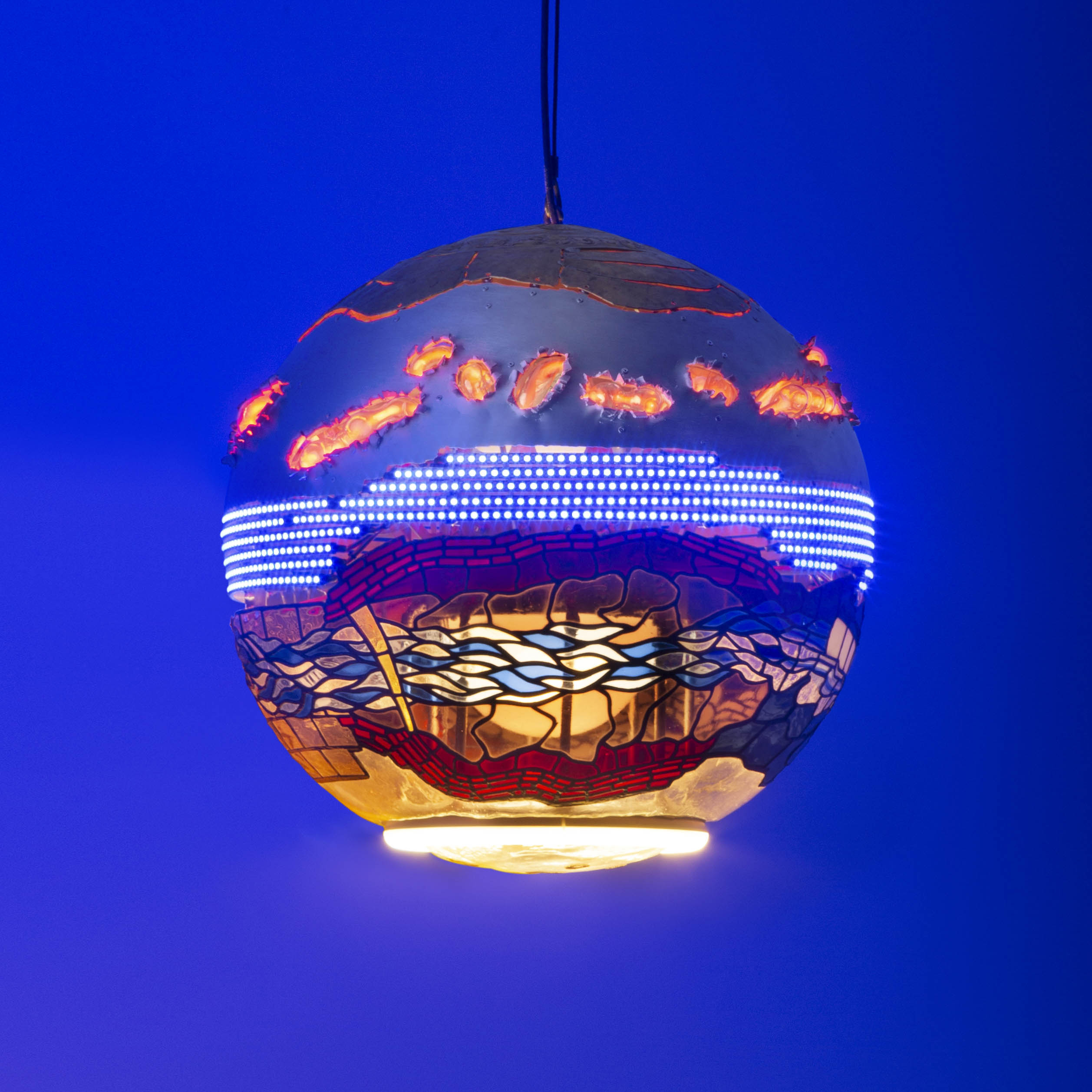 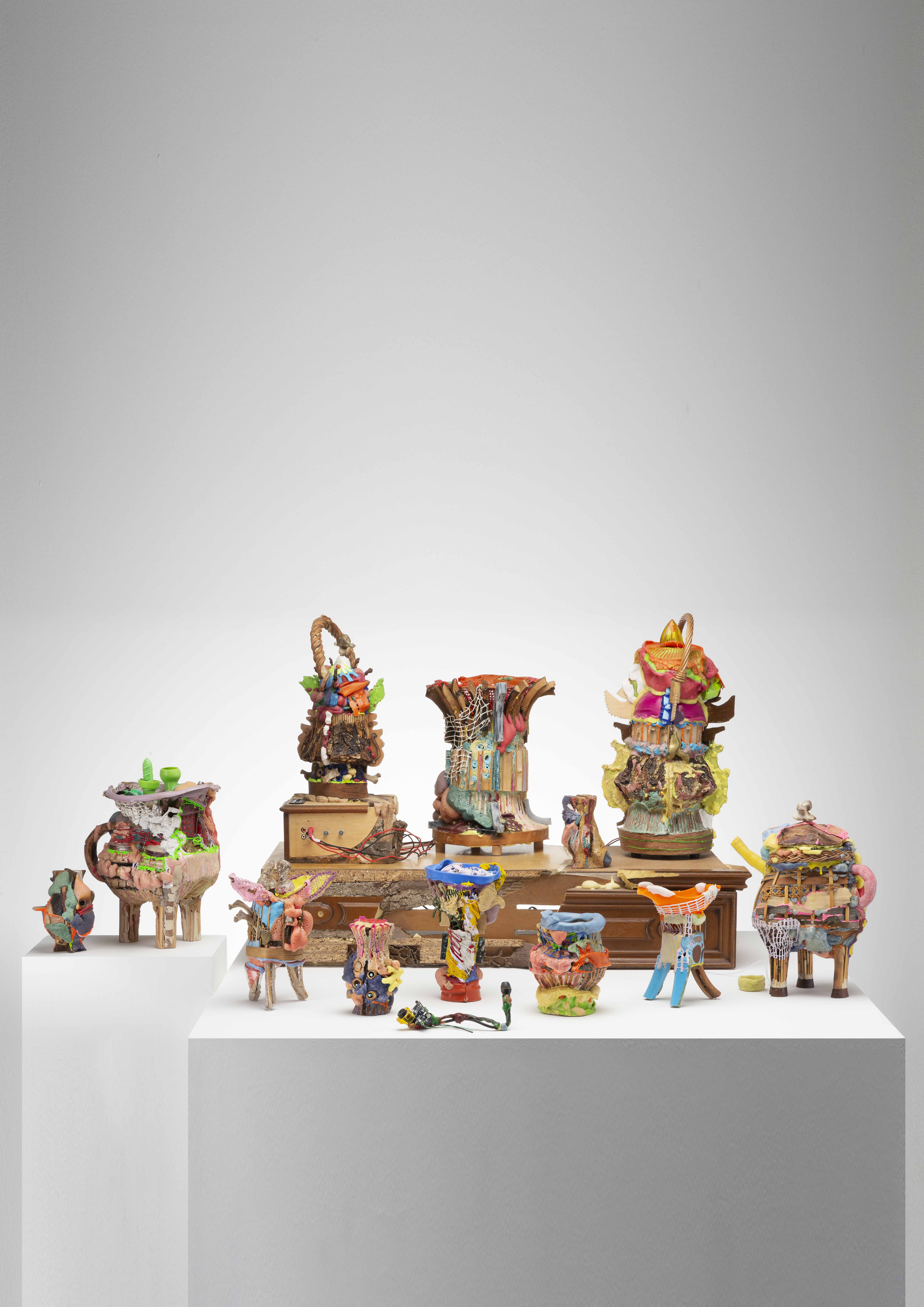 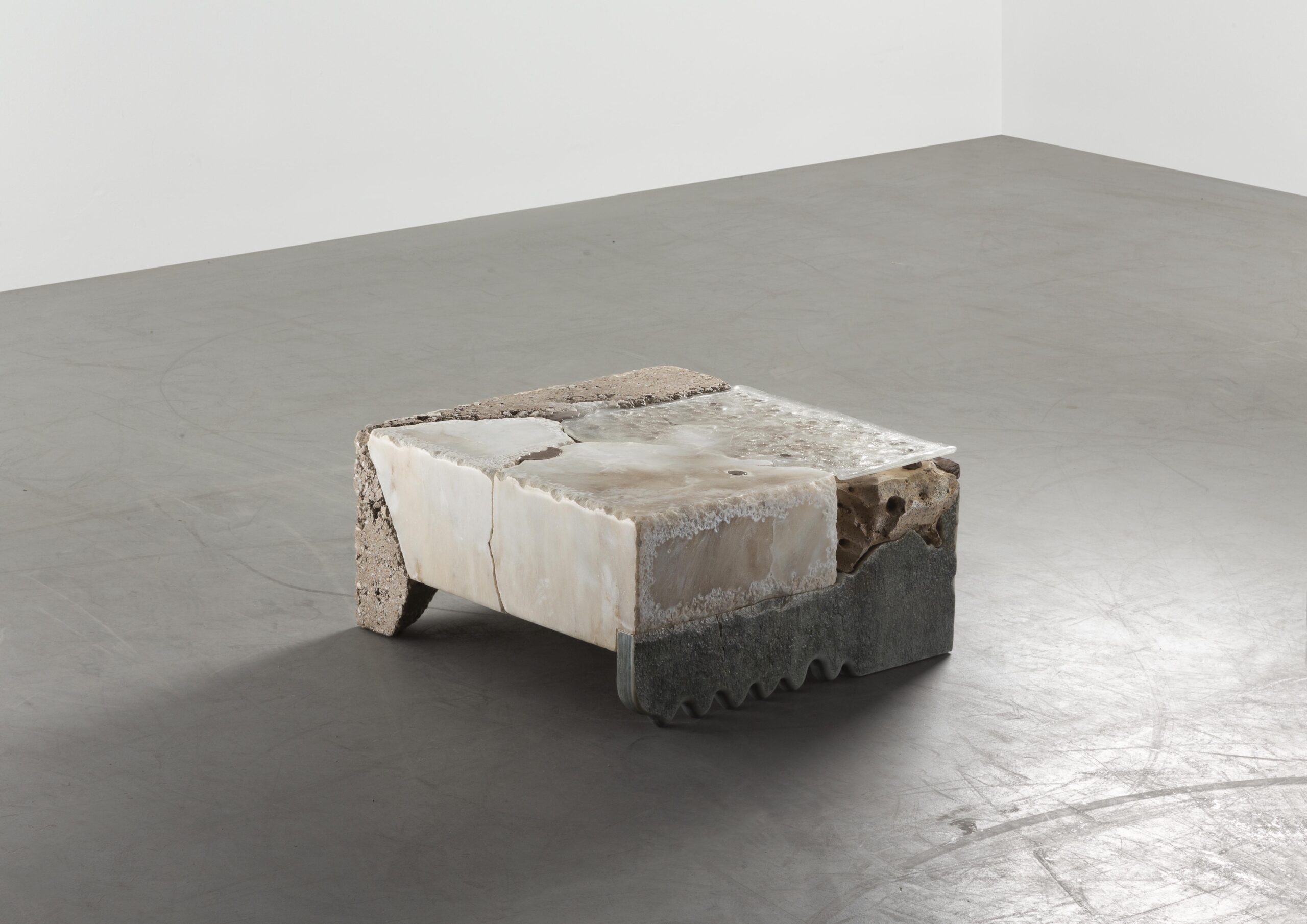 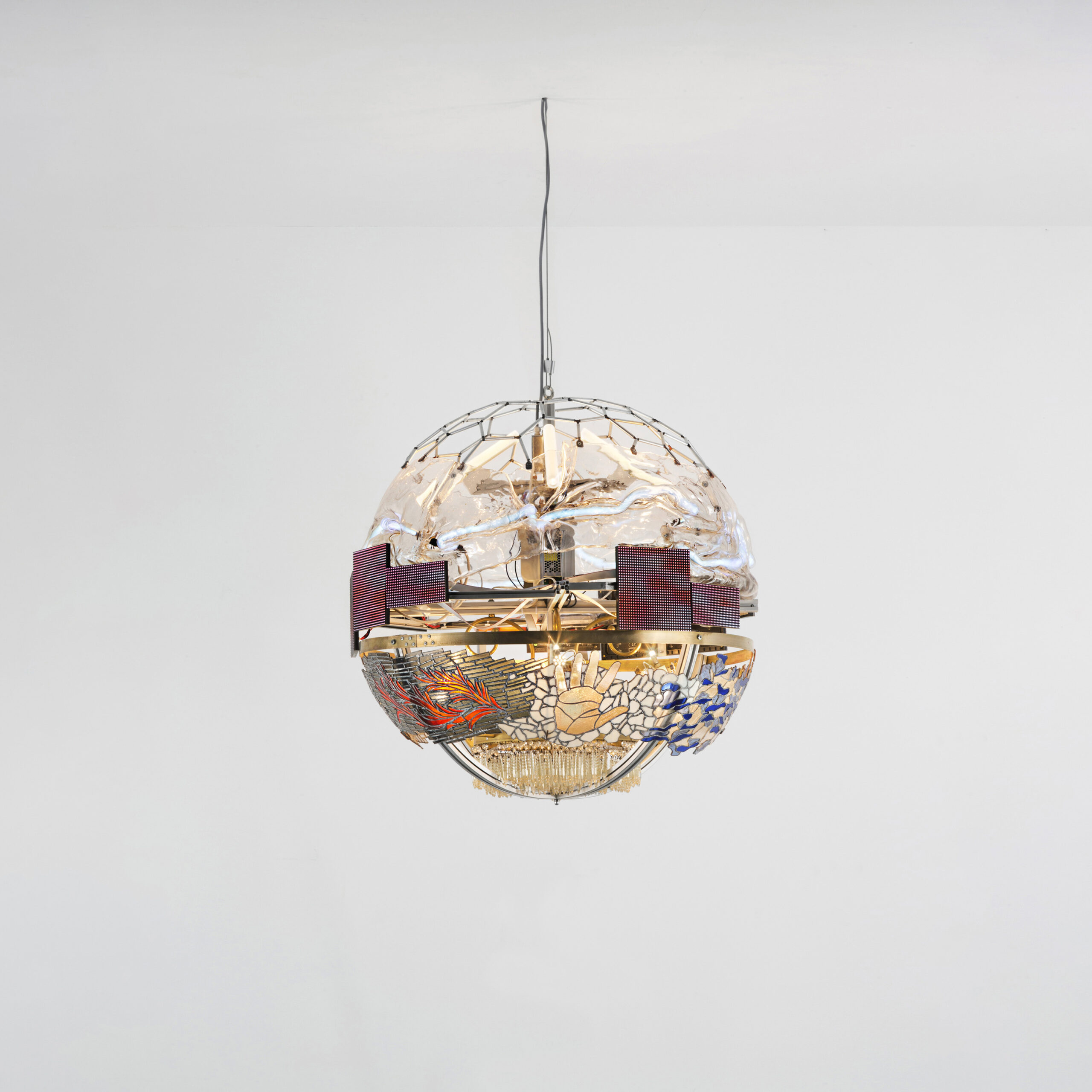 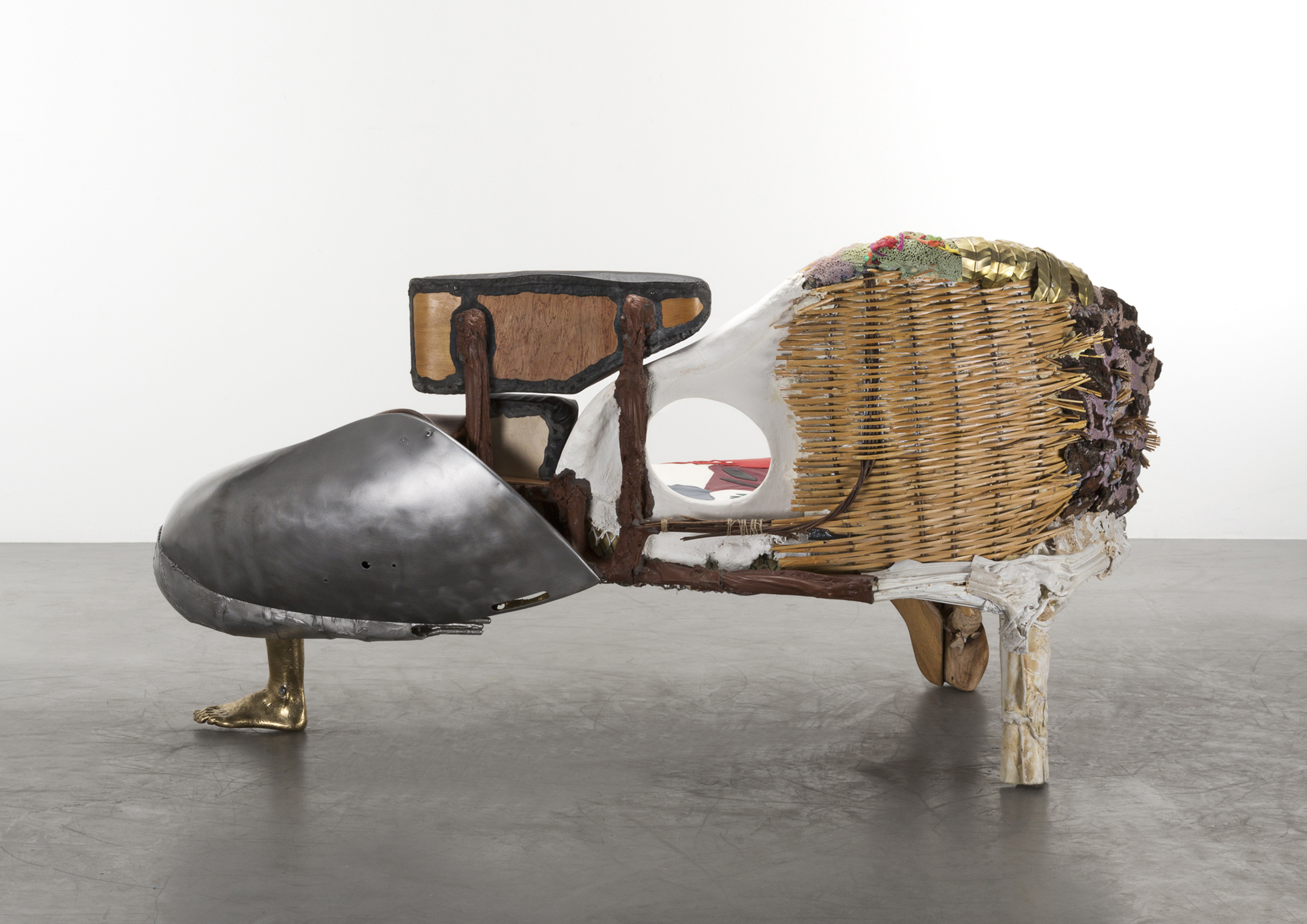 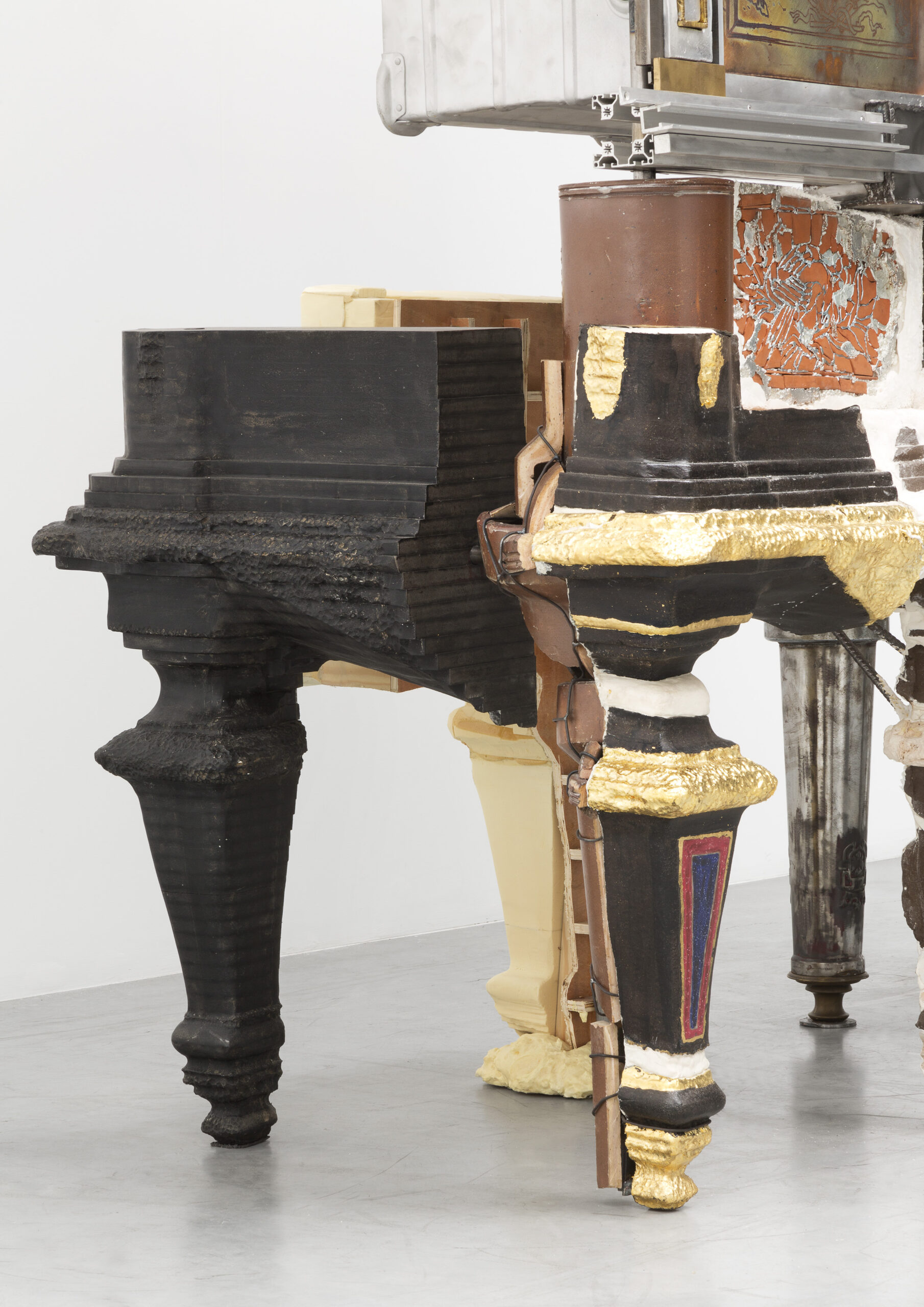 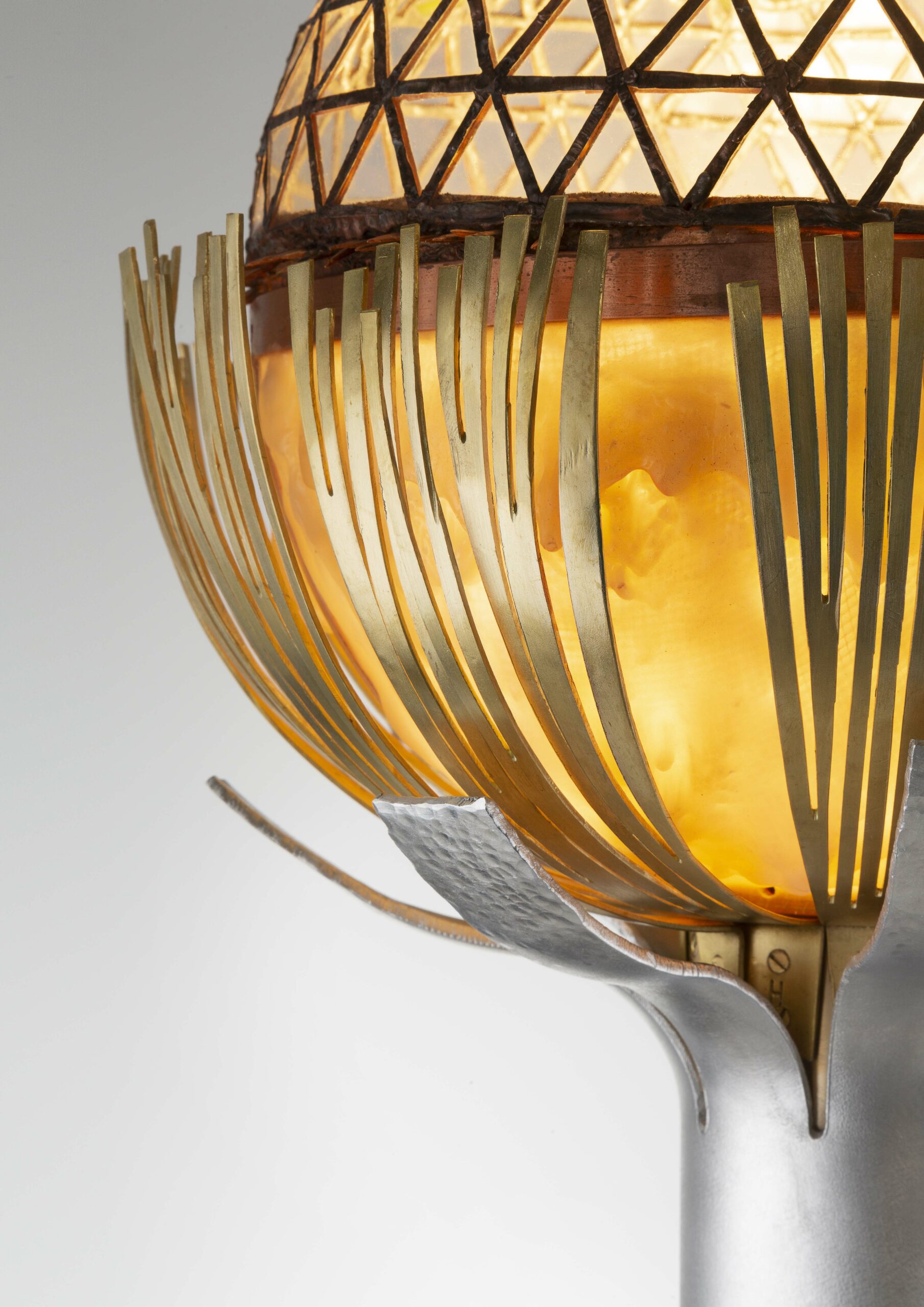 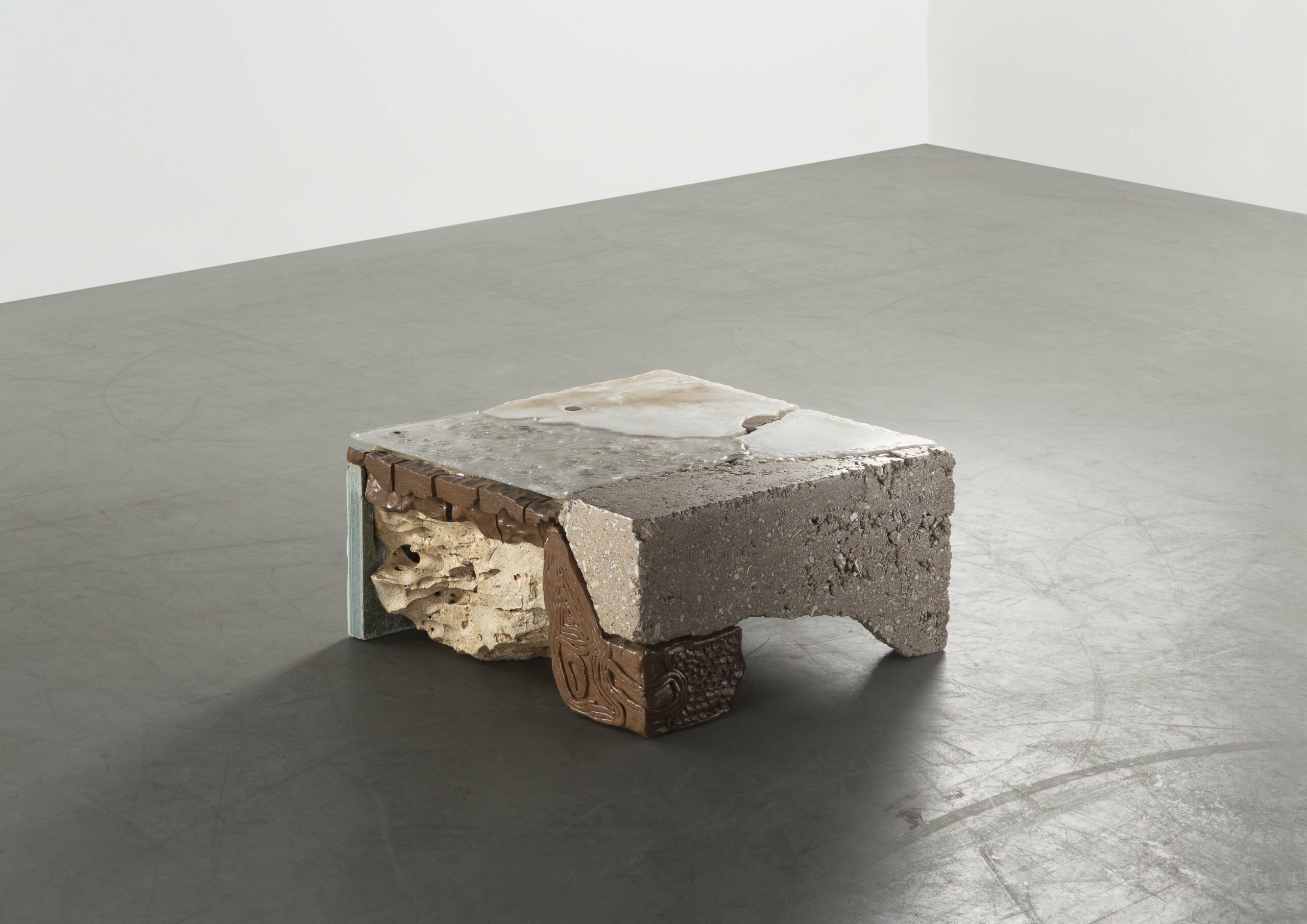 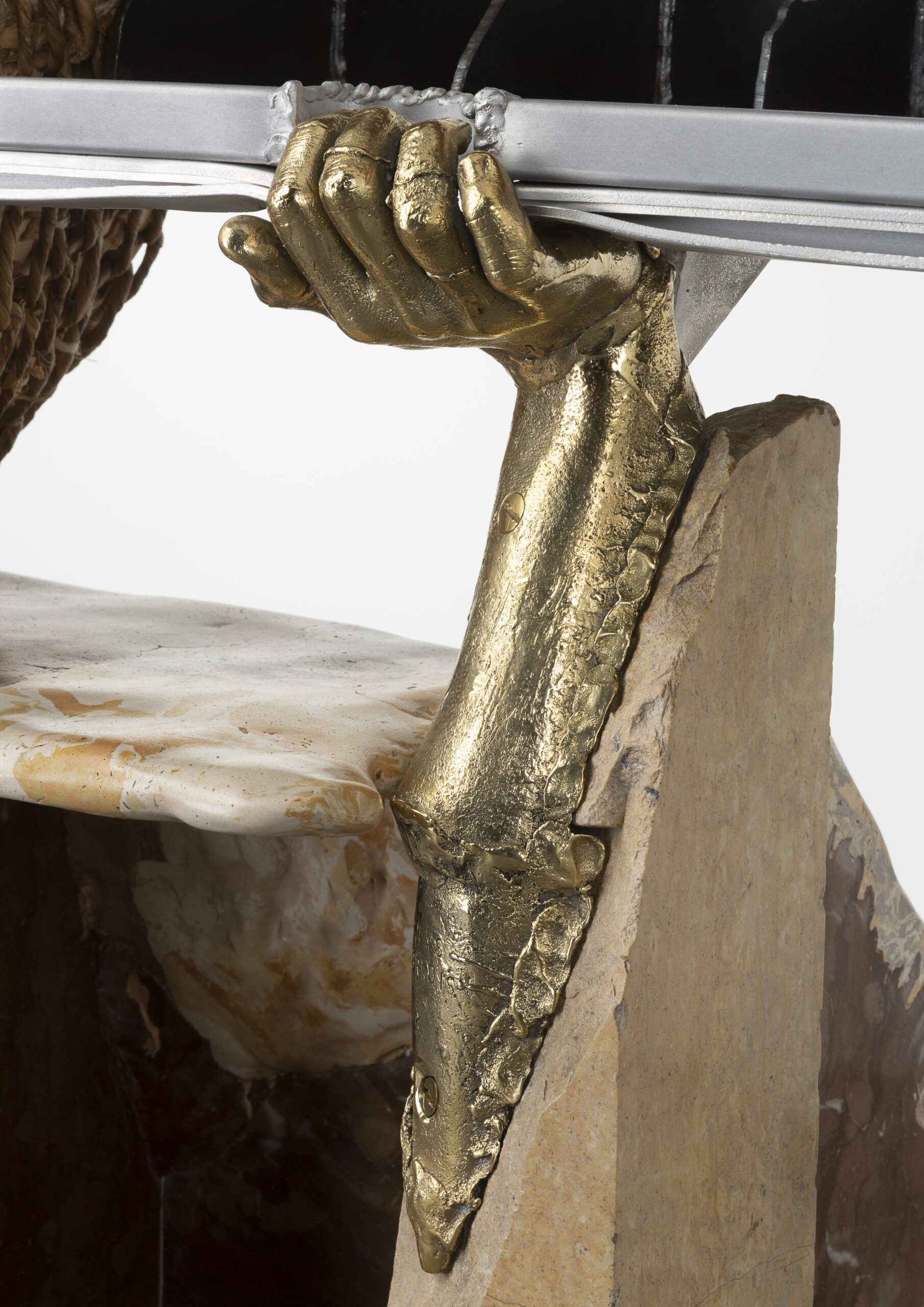 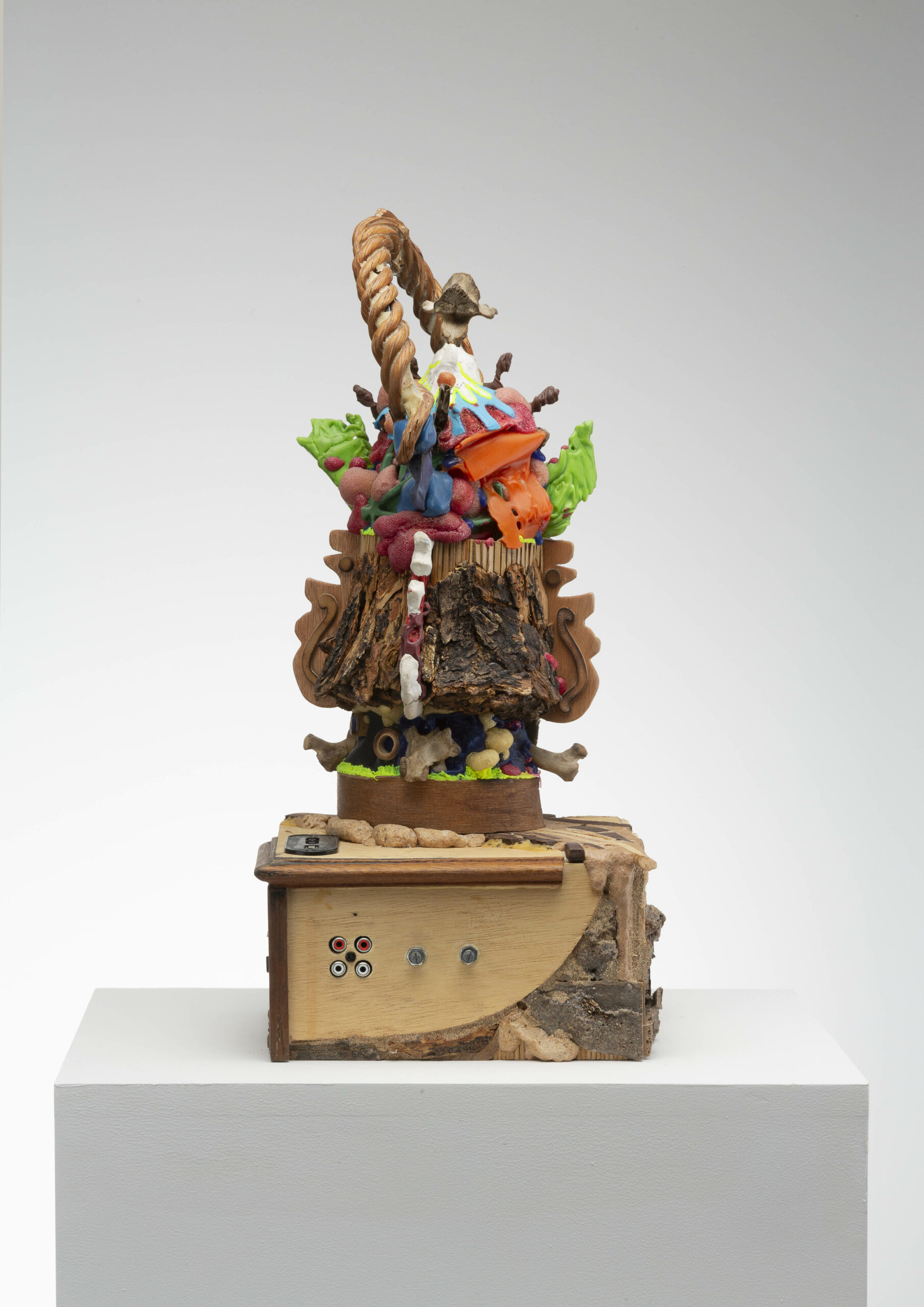 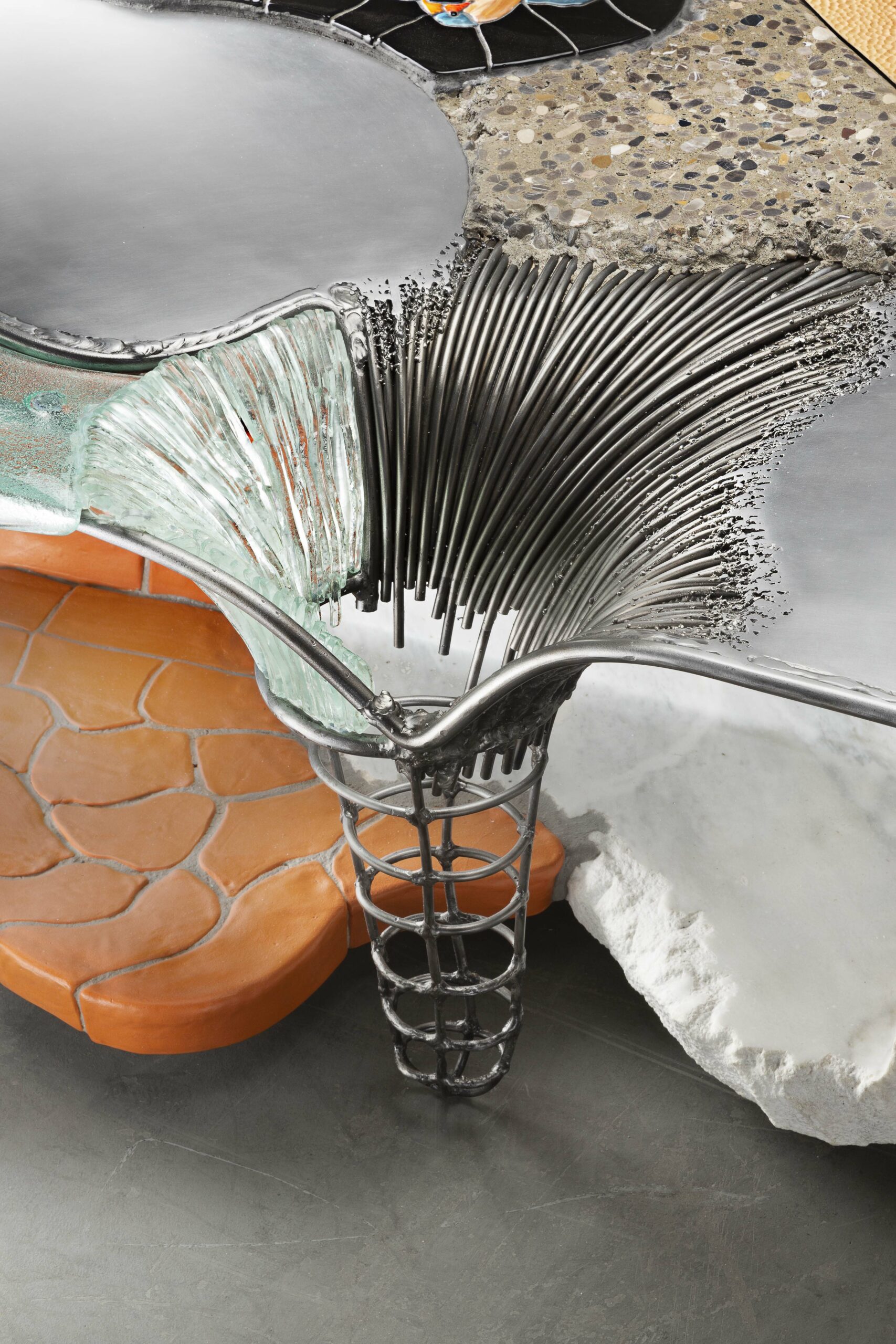 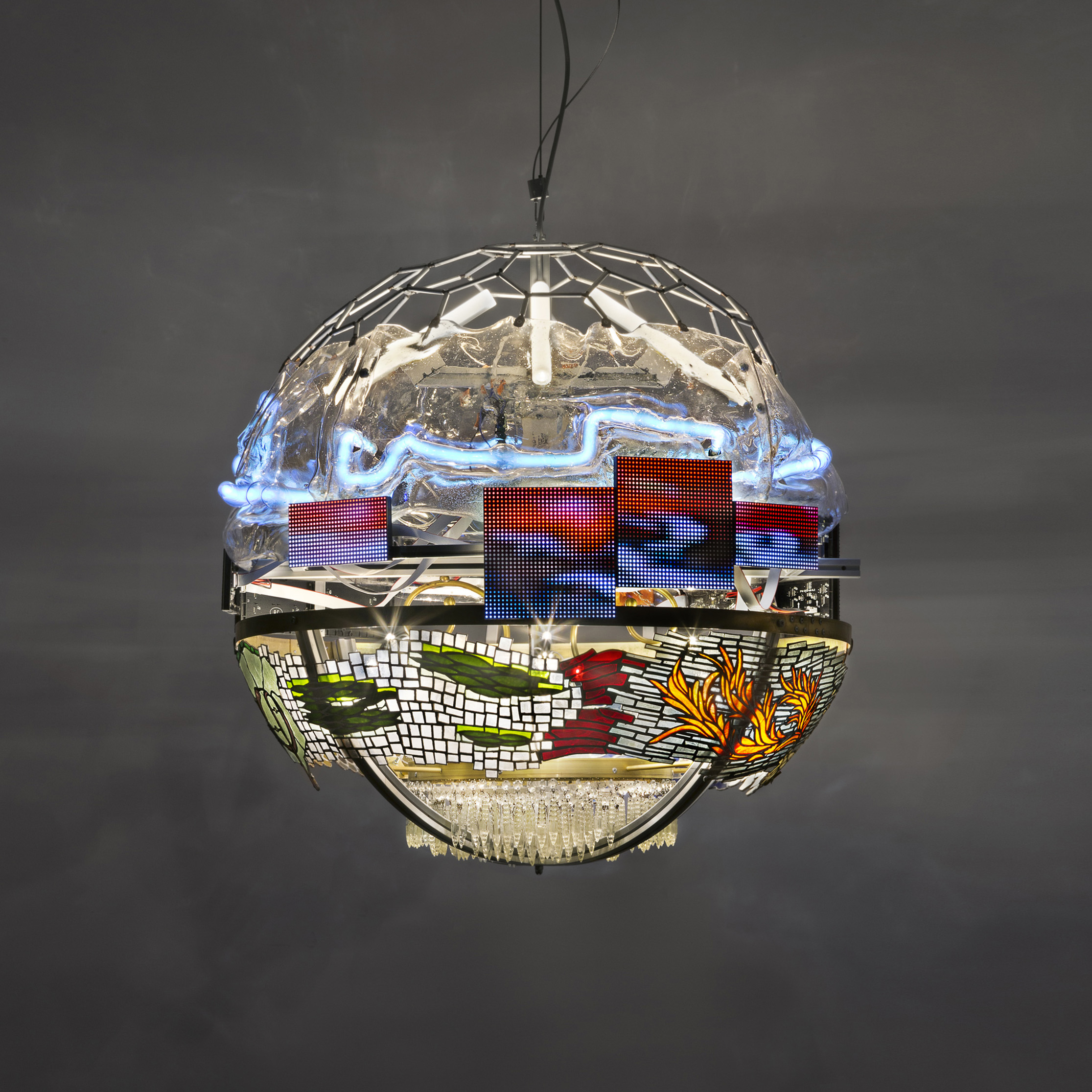 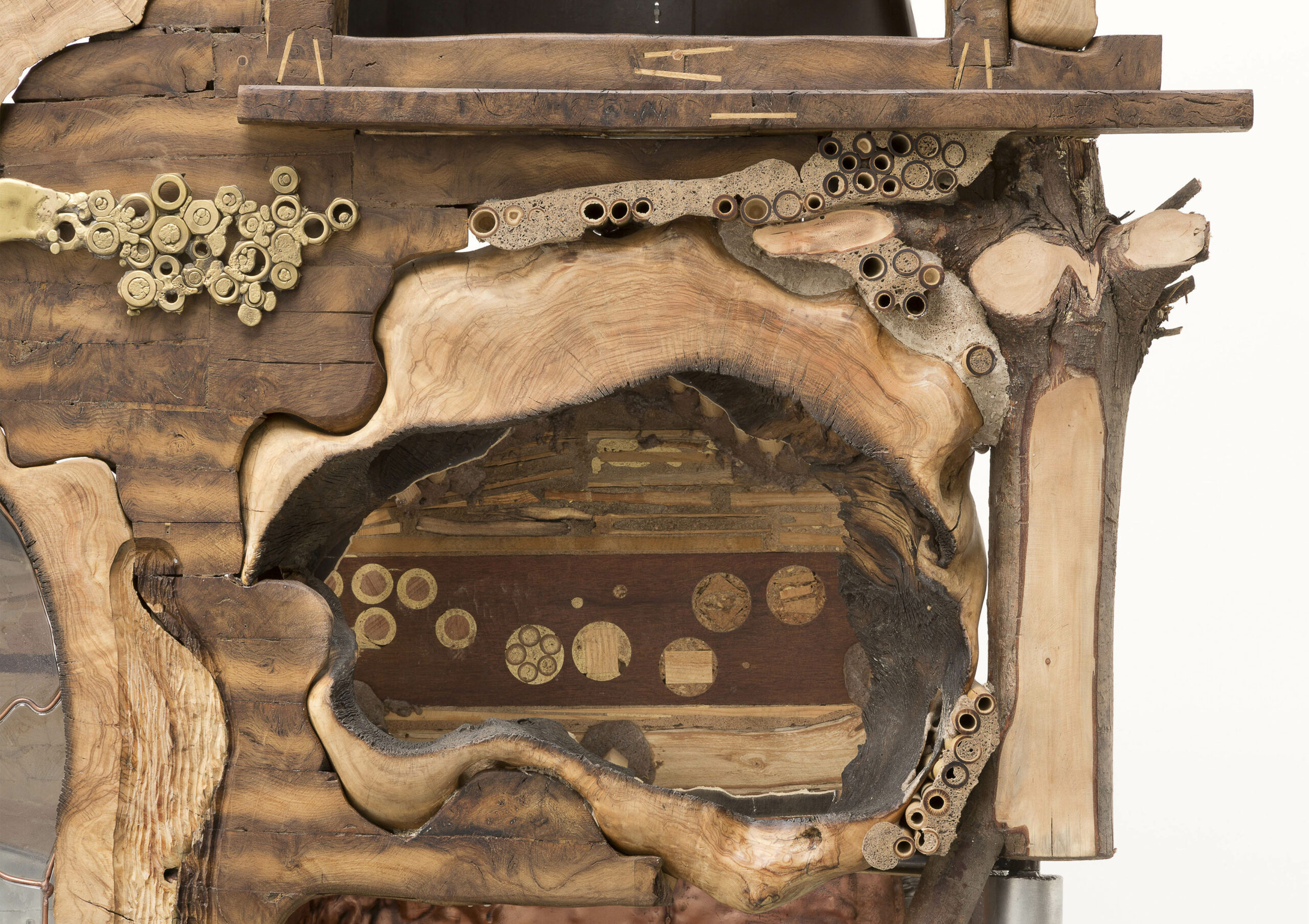 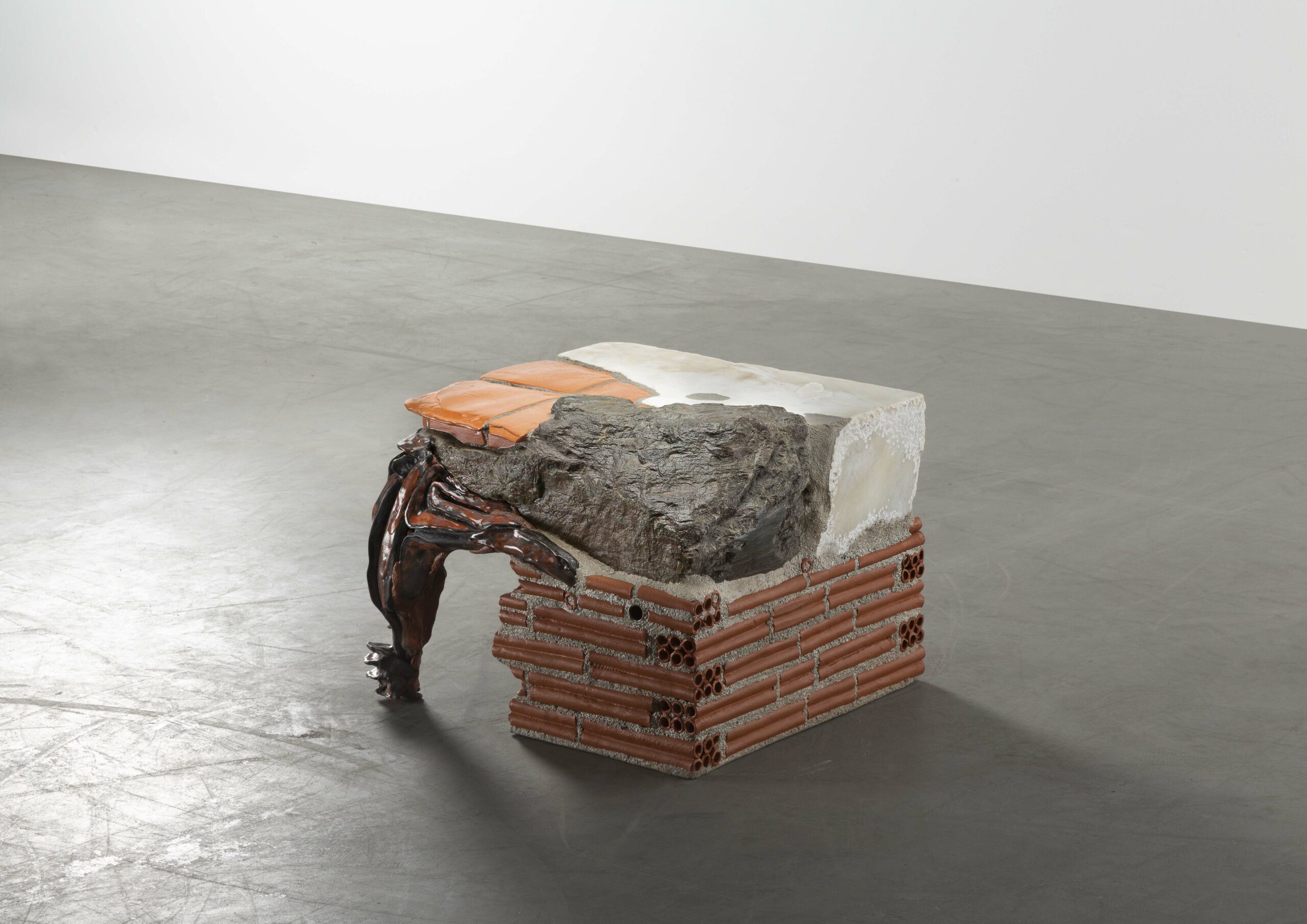 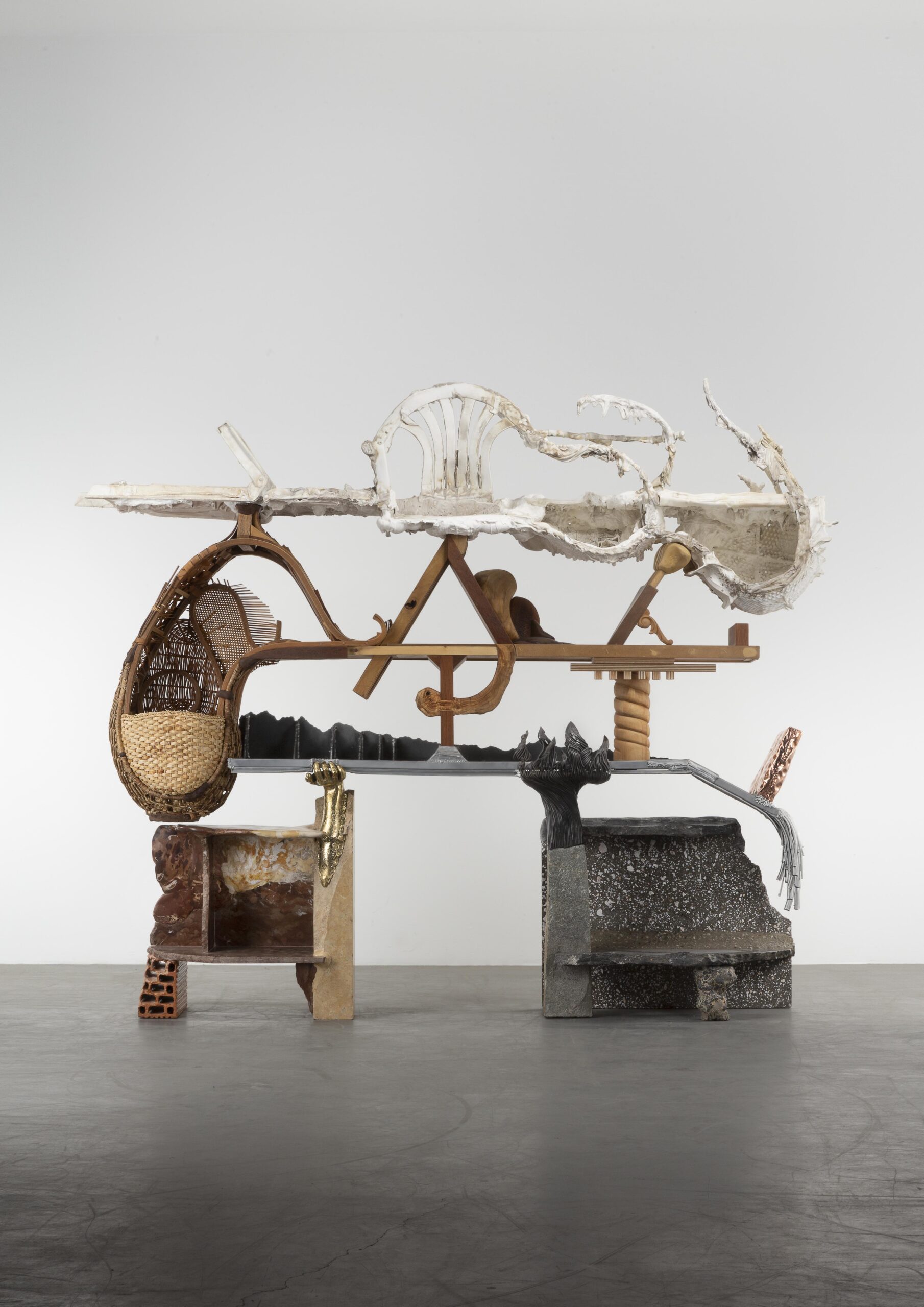 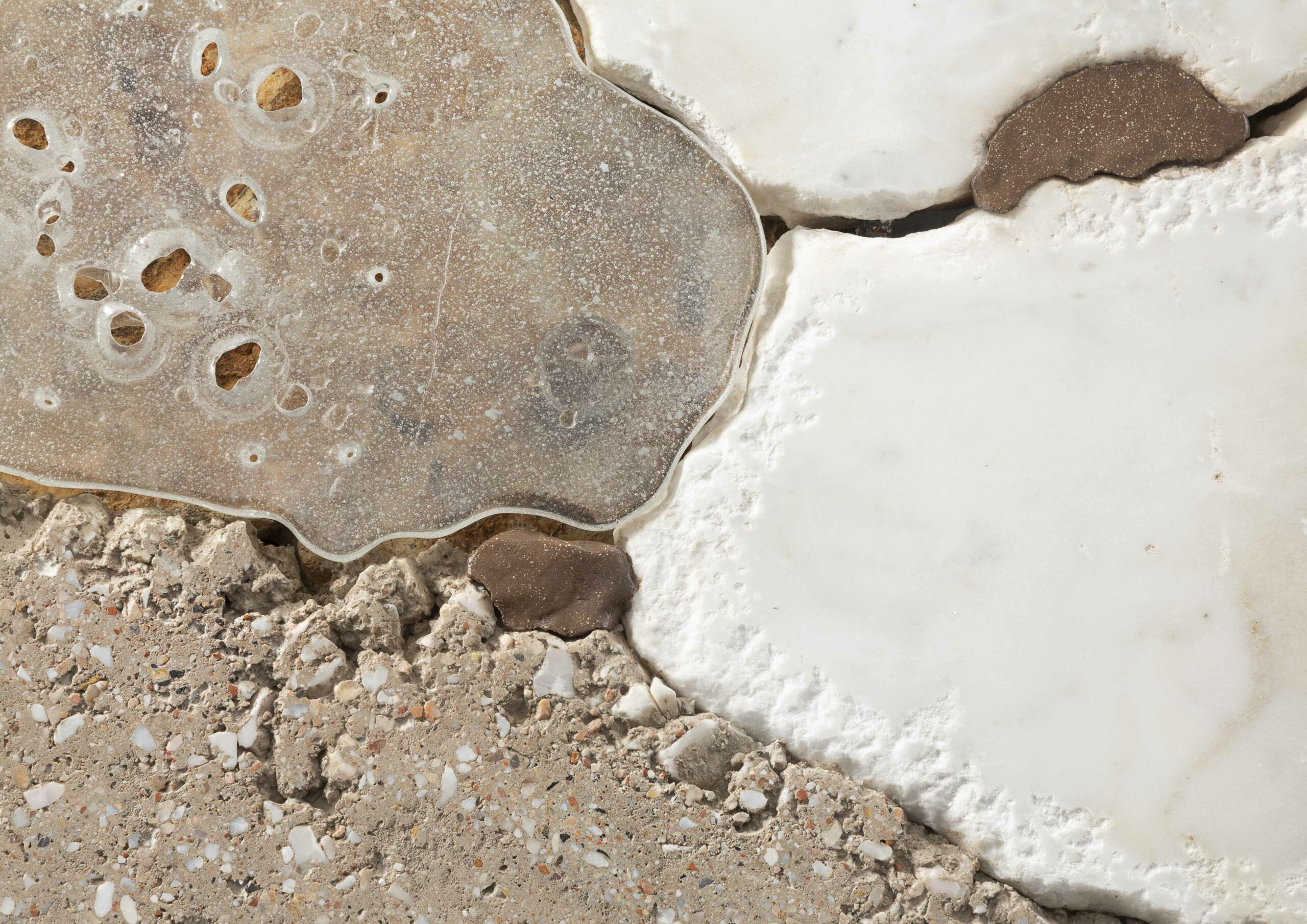 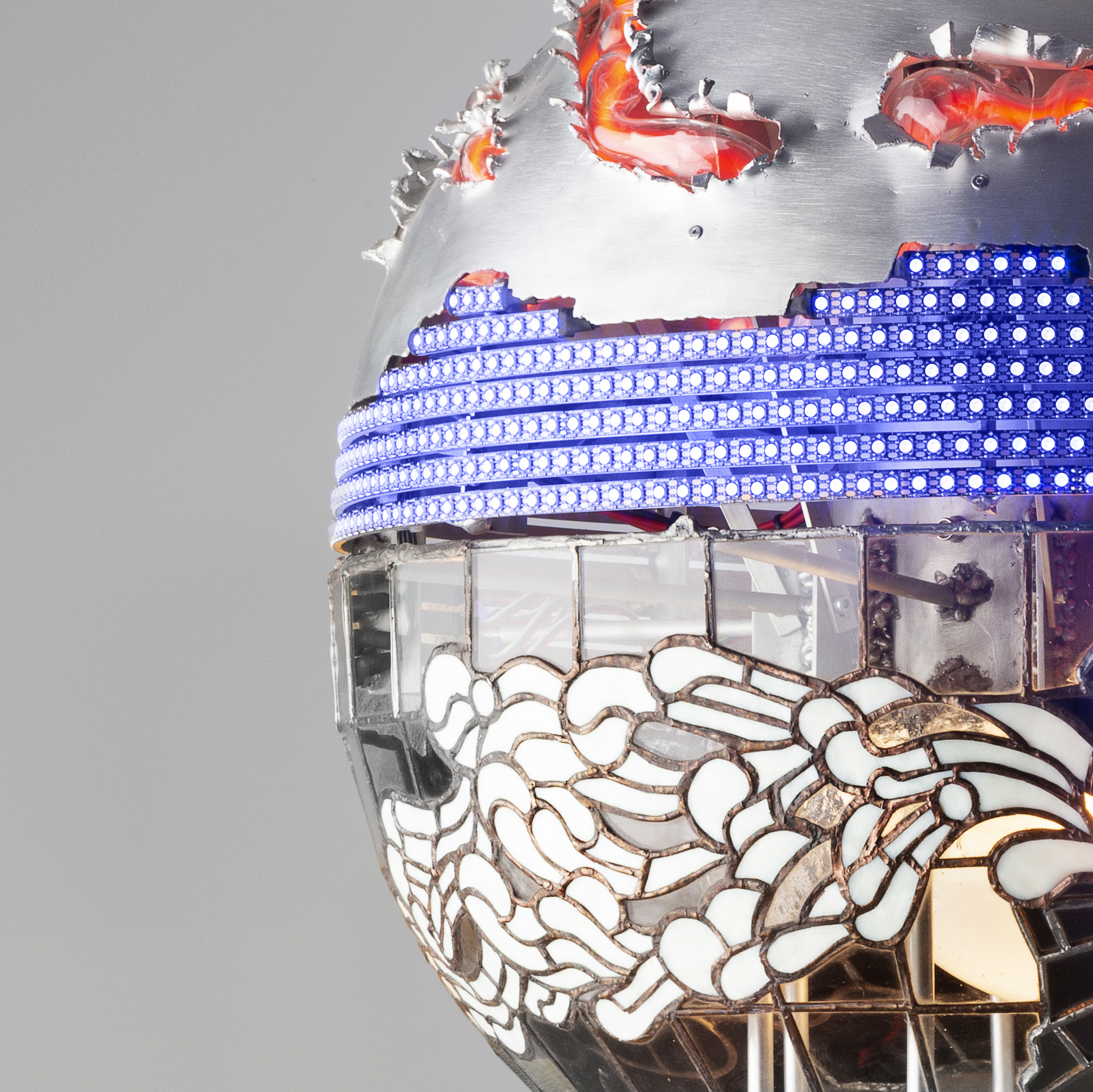 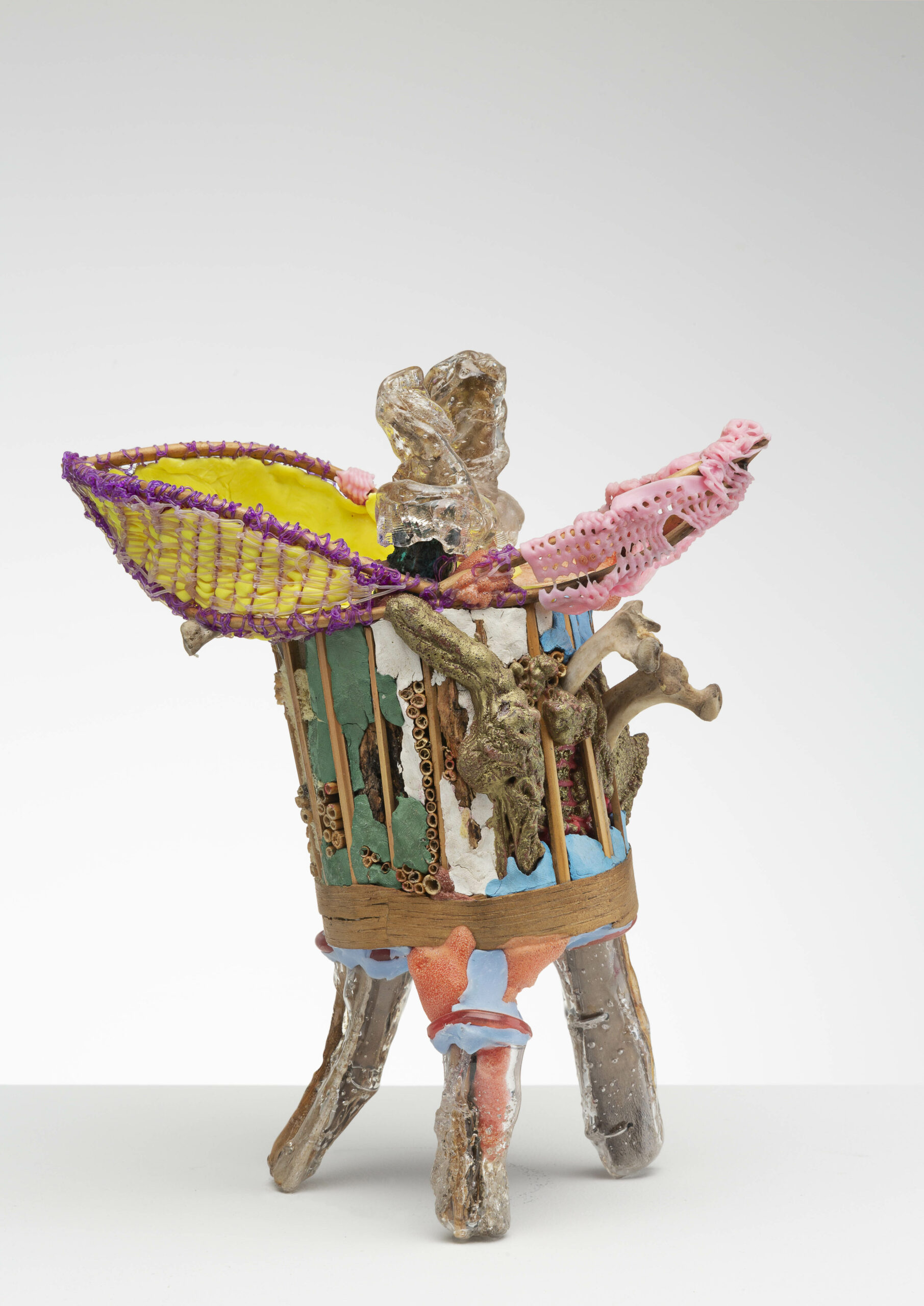 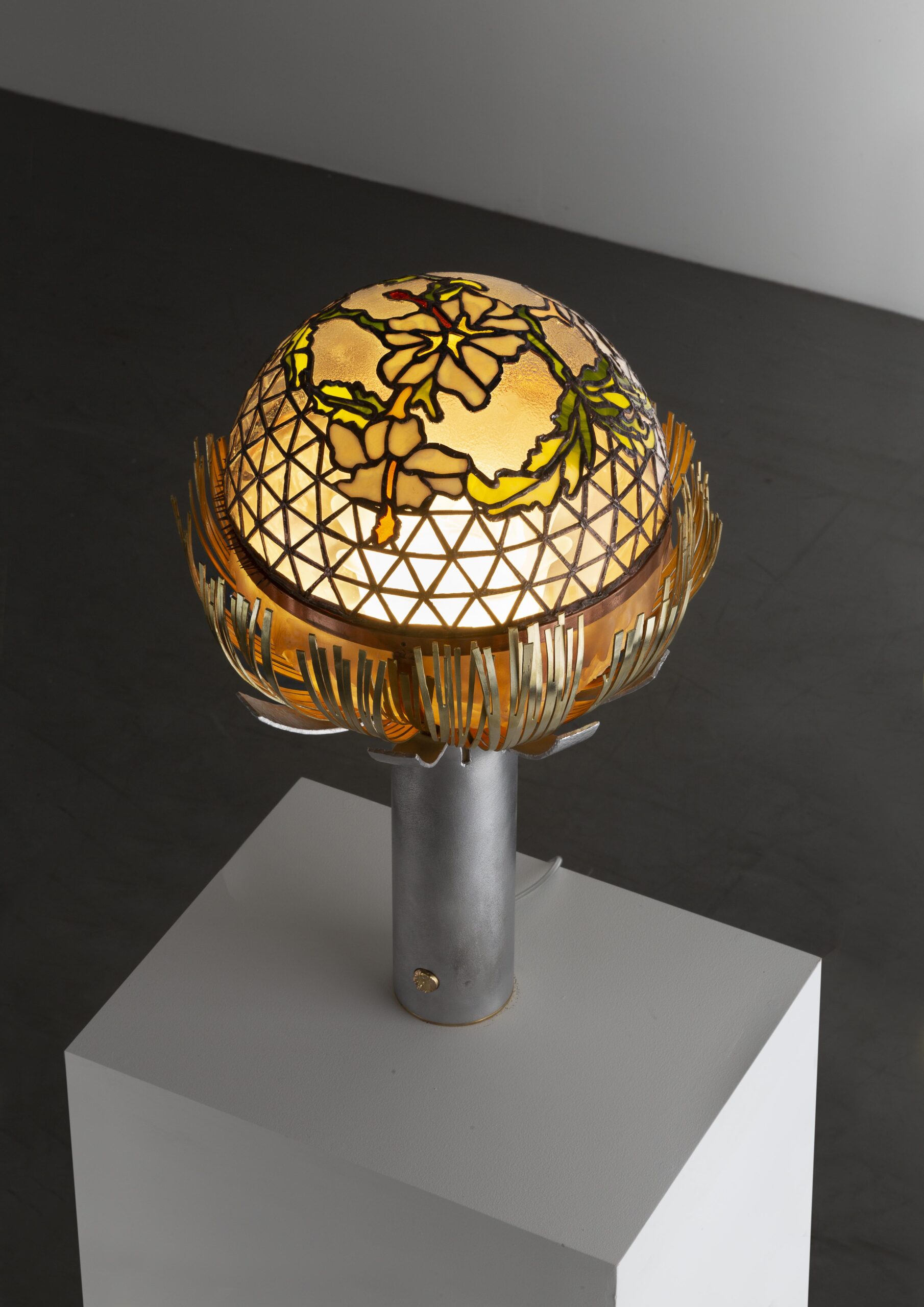 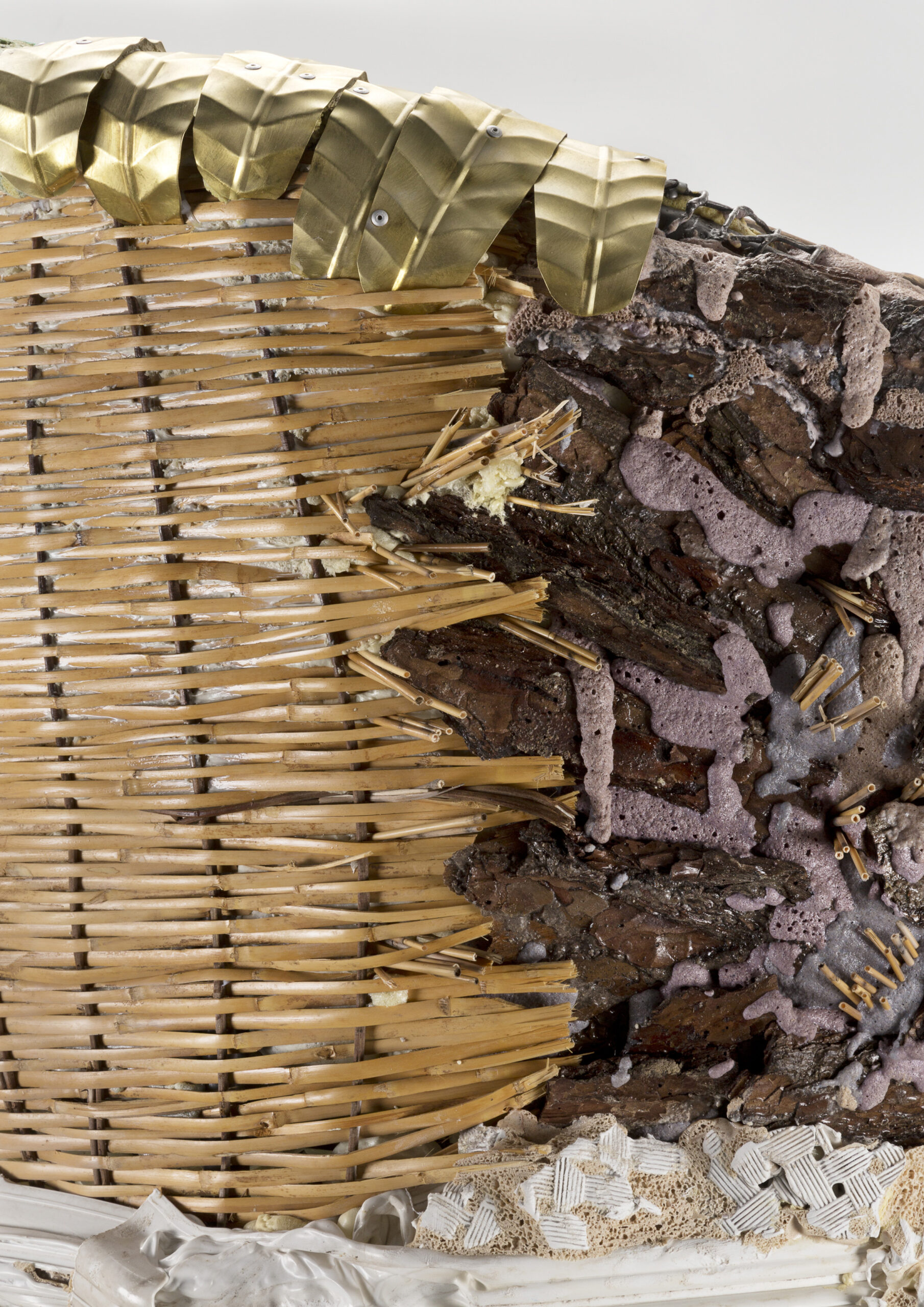 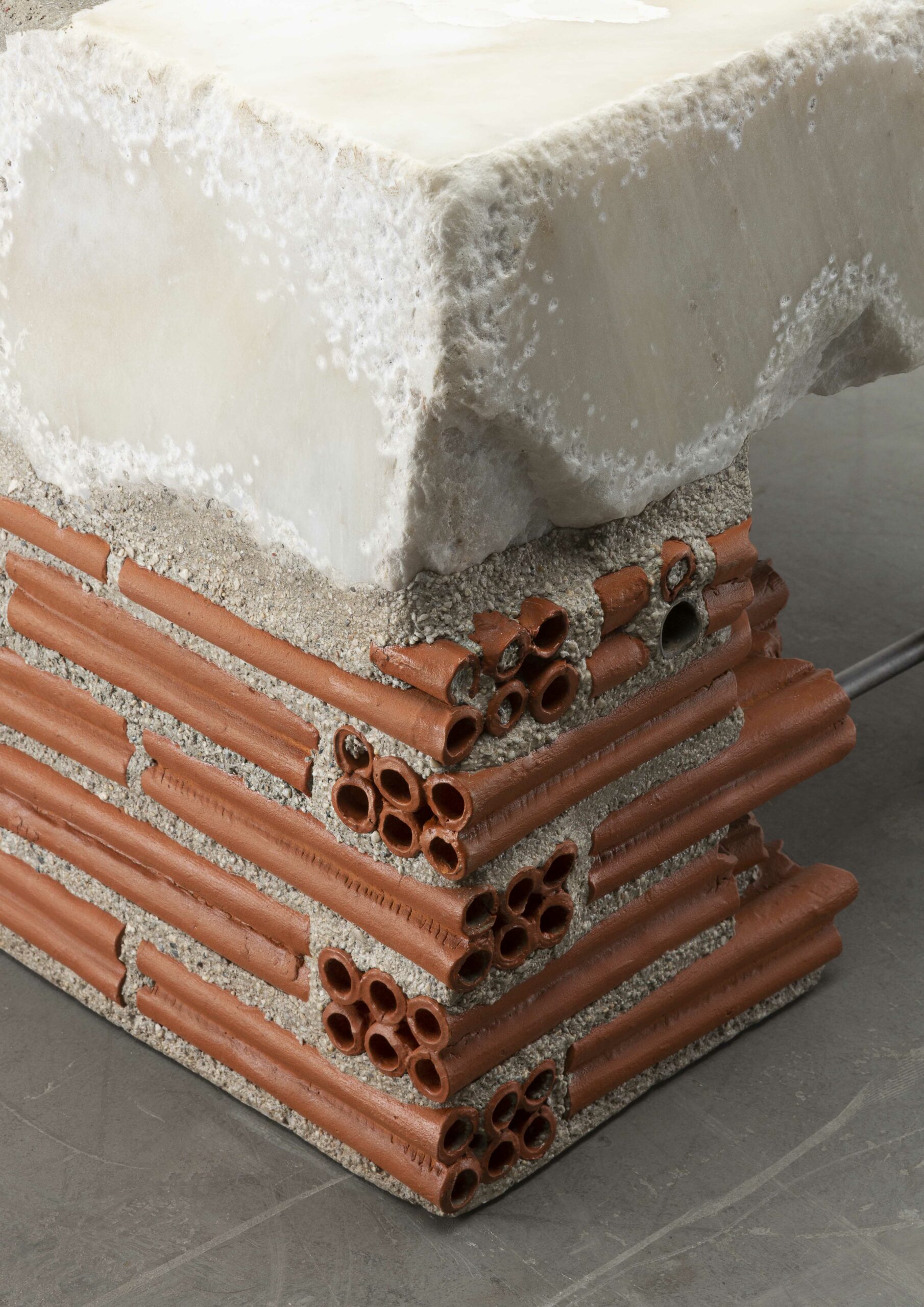 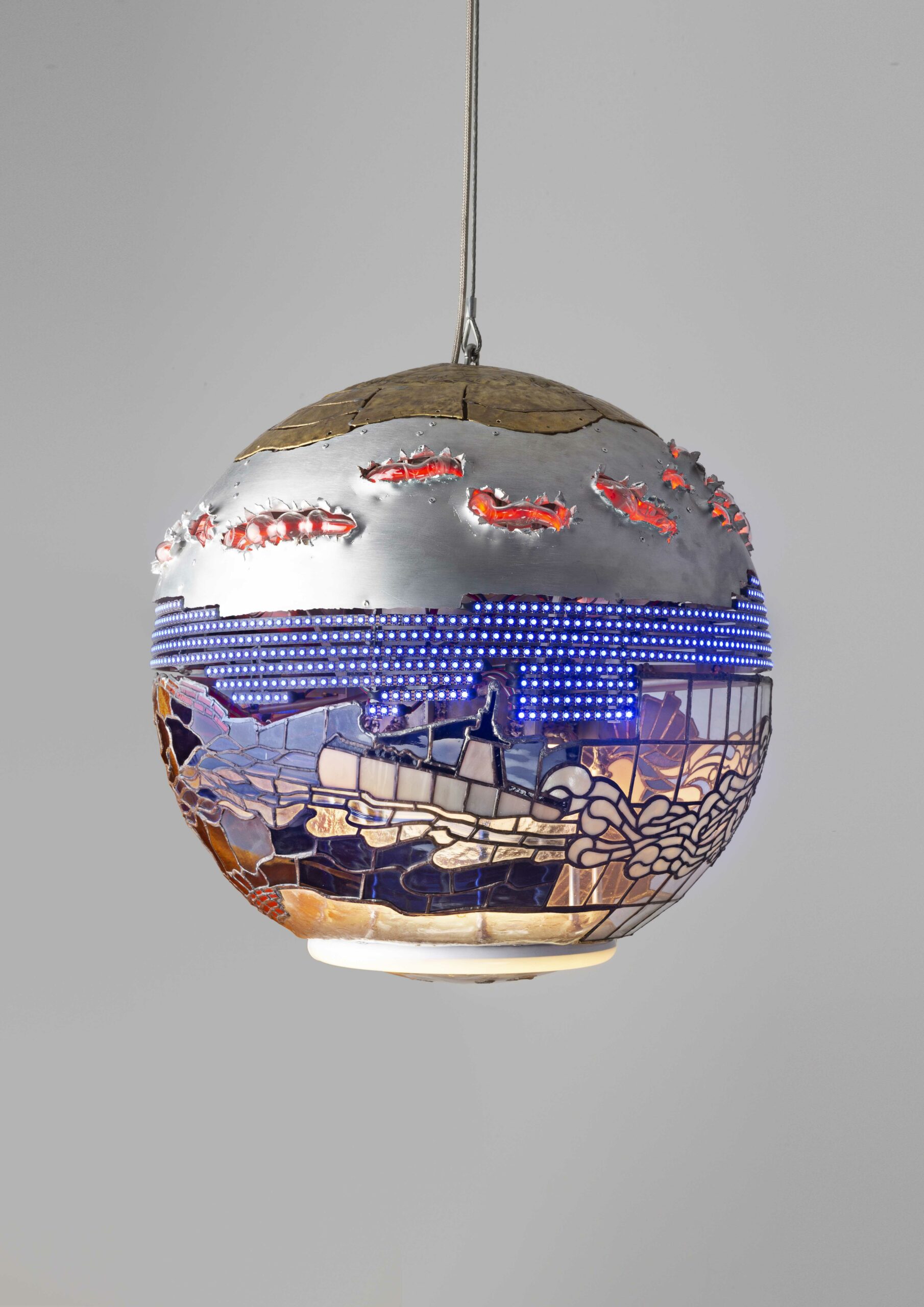 His unbridled and overindulgent passion for materials collides with his rapturous curiosity of history and brings to life chaotic works of contemporary design, an anarchistic act of cultural rebellion. Few words can evoke the madcap immodesty of Kostas Lambridis’ actions, the dizzying diversity of his material choices or the uncurbed ways in which he conducts his zealous journeys through the past. As a scholar of arts and crafts, with a liking for the most extravagant passages from his immoderate masters, Kostas studies his subjects before dissecting them into an exploded view. Realised to scale in the same dimensions as the worshipped objects, his collaged incarnations communicate colliding ideas; highly decorative yet also critical of the world we live in. From his Baroque cabinet to an iconic Memphis bookshelf, he suspends space and time between these movements and brings them into our current era, anticipating the Anthropocene.

Greek by birth, Kostas is naturally drawn to the past where he collects fragments of materials and studies philosophy and archaeology; all transcribed into his insatiable thirst for design history, one could say that he devours high and low, valuable and worthless, cultural and kitsch. When juxtaposing such materials, he anticipates and steers his towering designs towards a chaotic direction, overcoming the fear of failure and gaining confidence, while his eclectic mix starts to develop a haphazard mind of its own. His lost and found method is one of resting before taking action, reflecting before dissecting, harvesting the accumulation of waste.

From collecting fragments as diverse as marble, concrete, stone, ceramic, mirror, plastic and wood, as well as twinkling bronzes and neon tubes for a necessary bit of bling, we understand that in his mind there is no hierarchy in these choices; each found material is venerated for its own role in the past, present and future. At times the debris are assembled in historical order, stone at the bottom and plastic on top. This is how high and low and rich and poor residues are amassed into astounding and at times overpowering monuments to our time. Even the words used to describe these furniture manifestos are outrageous and extreme, trying to somehow grasp his intense interaction with the world of excess.

His aristocratic presence – softly spoken and gentle yet also a bit distant, and maybe even shy – is a contradiction to the wild works that form his exorbitant idiom. He calls himself a clumsy perfectionist, schooled by the desire to fix things since childhood. From his inner turmoil, he crafts his way as a form of therapy to stay sane during hysterical times, his fragmented work also healing the public’s tormented lives. His work spans centuries of shaping and decorating, from a cavernous cave man aesthetic to baroque citations; a virtual future forged from neon writings with stained glass and a broken disco ball. As much an artist as a designer, Kostas trespasses the borders between these two domains and creates iconoclastic hybrids that bridge diverse domains, merging a hedonistic sustainability with bewildering sensationalism.